It takes a lot of technical know-how to service modern vehicles. But there would be a lot more shop owners and technicians walking around with fat wallets nowadays if running a successful shop were only about technical acumen. 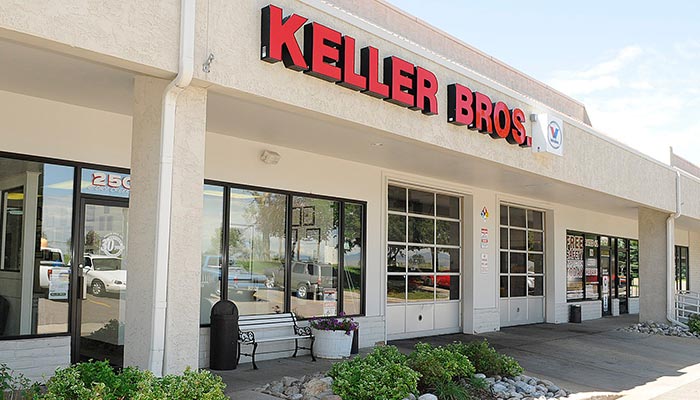 It takes a lot of technical know-how to service modern vehicles. But there would be a lot more shop owners and technicians walking around with fat wallets nowadays if running a successful shop were only about technical acumen.

Turning a profit as an independent repair shop owner means knowing people. This pertains to both employees and customers. Keller Bros., Inc. in Littleton, CO, learned the hard way that keeping people happy isn’t about giving them what you think they want, it’s about putting proven strategies into action.

Keller Bros., Inc. is an 11-bay shop that has been serving Denver residents for more than 40 years. Back in 1997, owner Terry Keller was seeing 65 cars per day with an average repair order of around $80. This equated to roughly $1.5 million in sales. The employee turnover was astronomical, they had the wrong kind of customer, and the shop had cultivated an “every man for himself” mentality.

Today, Keller Bros. services around 30 cars per day with an average repair order of $450. They have the same shop doing the same full-service repair work in the same location, but they now do roughly $3.5 million in sales. Moreover, they have established processes and procedures that are in the best interest of both their employees and their customers. This has transformed the culture and perception of their business.

So, how did Terry Keller and his team turn his business around? Here are three takeaways you can leverage to take your shop to the next level: 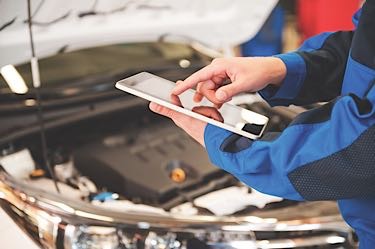 1. Changing the Culture From the Inside Out

Keller knew his shop was in bad shape. They were one of the busiest shops in the area, but it felt like they were just spinning their wheels to get by. Infighting and personal agendas had taken precedent over a collaborative effort to serve the customer and make money.

“The morale was extremely low,” Keller said. “I had huge turnover, I just wasn’t a good personnel manager. In fact, one year, my business accountant prepared 102 W2s, and I only had a staff of 12 people.”

Fed up by the way things were going, Keller decided they needed to go back to basics and reexamine their fundamental processes.

“At the time, it really felt like the shop was this big ox cart, and I was the only one out front pulling in the right direction,” Keller said. “The employees were either riding in the ox cart laughing at me, standing on the sideline watching and being disinterested or hanging on the back of the cart digging their heels in actively fighting me. So, how we fixed that, we developed incentivized pay plans for technicians and service advisors that figured out how to incentivize them so they wanted the shop to succeed.”

“We found that daily measurement is the key part of it,” Keller continued. “This meant looking at how each tech and each advisor was doing and performing their specific jobs.” 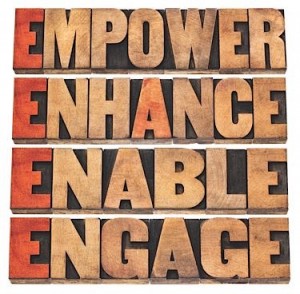 “What gets measured gets done.” It’s an old cliché, but being fastidious about taking regular inventory of your shop is essential for growth.

“I started out as a technician, so I knew how important measurement was to ensure a correct repair and diagnosis on a vehicle,” Keller said. “But I didn’t have any formal training in business management. I recognized that if I was going to repair the business, I was going to have to have good measurement on a daily basis — accurate measurement of the important numbers, markers and specs needed to grow the business.”

Keller knew how to fix cars, but understood he needed to develop his management focus to increase his profits.

That’s when Keller brought in David Rogers. Rogers is now the COO of Keller Bros., Inc. and the president of Auto Profit Masters, a consulting company that helps owners run a profitable repair facility. In this latter role, Rogers developed a shop management software program that Keller Bros., Inc. has implemented to produce real-time updates on its shop metrics, track employee accountability and offer training solutions for its employees.

“Each shop has its own set of shortcomings or issues that are causing them to struggle. That’s why you need a step-by-step solution,” Rogers said. “And it’s not just knowing that your average customer’s ticket is low. It’s understanding why and how you can control it and then learning how to sustain that. At that time [when Keller Bros., Inc. was struggling], we realized, ‘Gee, we need to fix the culture.’ So, we had to remove employees who were working against the business. In some cases, that meant family members, but it also meant removing the customers who didn’t want us to succeed.”

Getting customers in the door isn’t the most important part of marketing your shop. As Keller Bros., Inc. found out, it’s getting the right kind of customer that’s truly important. This means seeking out vehicle owners who want their cars fixed properly, not just those looking for cheap Band-Aid solutions.

“One of the most common requests we’d get before was people would come in for a specific repair, a noise or an oil change and right away they would tell you, ‘Don’t even put it on a lift. I don’t want any inspection.’ Our customers didn’t listen to any recommendation we made,” Rogers said.

A major problem to their approach was whom they were targeting with their advertising. Instead of promoting their full range of services and repair expertise, they were seeking out customers focused on the lowest price repairs.

“The shop was running advertising through an agency that was heavy on promoting discounts,” Rogers said. “That’s what a lot of shops are doing incorrectly today. And these marketers had no idea of how a shop should operate — I dare say many managers don’t understand that either — so we were heavily discounting everything and using a lot of small print. There would be a coupon for a free oil change, but then the small print would say you have to buy one to get one. So people would come in looking for their free service or repair, and when we pointed out the fine print, people would go ballistic. The trust was broken.”

Keller Bros. moved away from focusing on discount coupons and doubled down on transparency. They now inspect every vehicle and walk the owner through all their findings. When they personally follow up with every customer, they know exactly what the vehicle needs and can educate them if there are any questions or concerns. They also use the services of Denver-based Automated Marketing Group to market their shop and utilize their own in-house team to stay in touch with customers through personal calls, handwritten letters and other methods. 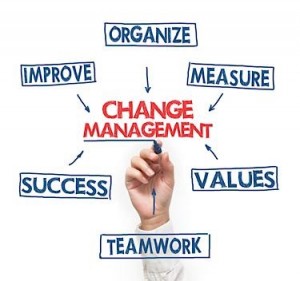 A lot had to change for Keller Bros. to get to where it is today, but a focus on continued improvement made substantial progress possible over time. Every shop, every owner and every technician faces challenges on a daily basis. Taking inventory of these challenges to find what works for you is the key to finding lasting success.

“It’s not just knowledge of what is wrong. It’s the tools and solutions to fix those problems,” Rogers concluded. “In the case of our ARO, once we finally understood what was broken about our processes, we could easily fix it and see that improvement each day. The other part of it was improving our customer base — going from customers who didn’t even want us to put their car in the air to do an inspection to customers who trust us, value those inspections and follow our recommendations. Put it all together, it has meant less chaos, better morale, shared vision, increased profits and less micromanaging for Terry and for me.”

Click HERE to reading the full article at ShopOwner.com and discover the answer!