HOW TO HIRE AND MANAGE A BOOKKEEPER

I’ve made a lot of mistakes running a shop. I first opened my doors in 1974, and since then I spent my own time and money learning the exact wrong way to advertise, hire, fire, and incentivize. I’ve filed 102 W2s in a single year hiring the wrong people, and I’ve spent hundreds of thousands of dollars on single failed marketing campaign.

For as damaging as these things are, there’s probably nothing I’ve done that has been more damaging to my business, bank account and health than hiring the wrong bookkeeper.

A bookkeeper is a vital part of running a successful repair shop, and I absolutely don’t recommend trying to operate without one. But I’d wager that 95% of the shop owners I know and have worked with struggle to hire, train, manage and hold their bookkeepers accountable!

This position doesn’t have to be a source of constant frustration and disappointment. It can be a critical part of your business. But first we need to learn how to hire a quality bookkeeper, how to manage them, and how to best utilize them.

KNOWLEDGE BARRIER
In the shop, we use service advisors to turn the technician’s knowledge and specialized lingo into language that the customer can understand. This relationship makes sense! A technician’s highest and best use is under a car, doing inspections and turning wrenches, so we trust the service advisor to translate and clearly communicate.

A bookkeeper is every bit as specialized and deals in just as much technical lingo as a technician, but doesn’t have anybody to translate for them. Which means we must approach this from both sides: we must spend some time learning basic accounting concepts, and we must expect them to translate for us.

When a conversation has gotten too technical for me – with a bookkeeper or any other position – I stop the discussion right there and ask one of two questions.

If I think I have a pretty good understanding, but don’t want to assume, I start by saying “so what you’re teaching me is…” and repeating back their words in my own language.

And if I have no idea what they’re trying to communicate, there’s no point in me pretending, so I say “teach me what you mean by that.”

I know that probably seems like a strange place to start – how to ask your bookkeeper to explain what they mean – but honestly, it’s impossible to hire, train and manage a bookkeeper if you can’t communicate clearly with them. If we’re not willing to ask for an explanation, we’re going to stay stuck in the same cycle of distrust and frustration that plagues most shop owners and their relationship with their bookkeeper.

SETTING EXPECTATIONS
Once you’re ready to communicate with your bookkeeper clearly, the next critical step is to set clear expectations for what they need to do every day, week and month. These shouldn’t be poorly-defined concepts, but explicitly-defined tasks. What report to send, by what time, to whom.
In other words, a checklist.

At the expense of cutting a critical section short, you can download our Daily Bookkeeping Checklist for free at http://autoprofitmasters.com/checklist

WHO TO HIRE
My biggest failure in the bookkeeping department has been seeking the right personality. All of the processes and checklists in the world can’t make the wrong fit a good bookkeeper. 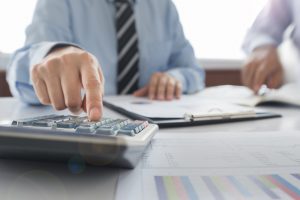 I’ve hired empire builders, who wanted to take control of more and more responsibilities – which seems great until they leave and you’re left to figure out how to get five jobs done again.

I’ve hired pushovers, who were nice but unable to get even basic job responsibilities done.

I’ve hired overqualified bookkeepers who came in and wanted to change how my books were done.

I’ve been doing this since 1974. I’ve hired a lot of bookkeepers.

And if there’s a consistent lesson, it’s this: look for a bookkeeper with a personality in the middle, who is willing to fit into your system instead of taking over yours. Stick to core responsibilities – don’t let them control everything – and remember: bookkeepers are not managers or customer service people.

Does that last point sound crazy? Your bookkeeper already knows more about your business than probably anybody in it – maybe even more than you. Do you want the person who does your payroll and bank statements to communicate with your customers and employees? Because they’re doing so through that lens: “This person makes this much? I do more than them.” and “This person owes how much? They don’t deserve excellent customer service.”

Bookkeeping has a natural tendency to produce feelings of jealousy and underappreciation. Combining that with the responsibility to lead other employees or talk with customers is a toxic combination.

Which leads to perhaps my most important point in this entire article: not only should bookkeepers not be involved in managing employees or providing customer service, they are also singularly unqualified for helping you make business decisions.

Trusting them in the decision-making process for growing your business is foolish, and you’ll end up stuck in mediocrity simply because it come with fewer upfront costs.

HOLDING BOOKKEEPRS ACCOUNTABLE
On this point, I’ll admit to being lax at times, and each and every time it comes with consequences: you must trust somebody outside of the business to review your books regularly.
This isn’t about not trusting your bookkeeper. You don’t have to suspect that they’re embezzling money from you. This is about making sure that there aren’t long-term issues happening in your books.

If you hire a bookkeeper today, and you don’t discover that they’re misclassifying an income or expense until your CPA finds it next April, how much time is it going to take to walk back all of those mistakes? You’ve lost time and money with the CPA, you’ve lost a lot of time and money with your bookkeeper, all of which could be stopped with a routine audit by the CPA.

Talk to your CPA about doing a monthly, quarterly and annual review of your books. Keep a hard line of separation between the CPA and the bookkeeper – they should never speak, become cozy, or want to cover for each other. Have your bookkeeper send you the reports, and then send them yourself to the CPA.

SET THE EXAMPLE
By “set the example” I mean “never be dishonest.”

Even the smallest moment of dishonesty in front of your bookkeeper gives them the license to be dishonest with you. This is true of any position in your business, but especially scary with the bookkeeper.

They know your books. They know what you pay attention to and where they can hide things from you. They can hurt you in spectacular ways and put you out of business.

Ultimately, much of this article could go under the headline “don’t let your bookkeeper own you” and this point is no different. From their personality, to their responsibilities, to the way you manage the position and hold it accountable, a bookkeeper can hold you and your business hostage.

And yet, the bookkeeper is a valuable part of your shop. They can keep you out of trouble, give you the knowledge you need to run your business effectively, and be a crucial part of your shop’s success.

They key is to put them in a box to start, and take away the tools they might otherwise use to own you.

Good luck with your bookkeeping hire! I hope it doesn’t take you the 30+ years to find the right combination of skills, personality and tools that it took me!