ARE YOUR CORES AND PARTS COSTS A MONEY PIT?

As published in Shop Owner Magazine

Through 20 years of consulting, across hundreds of shops and thousands of employees, I have found no more consistent problem than shops losing money on their core and part returns.

It makes sense, of course. Returns are completely detached from the main workflow. It’s a process that works entirely independently from diagnosing, estimating, and repairing.

Thankfully, getting core and part returns under control takes little more than proper processes and accountability, and you can ensure that that credit pipeline flows into your bank account instead of the garbage with very little effort. The only trick is to create a sentry that looks for leaks in three specific places in your return pipeline. 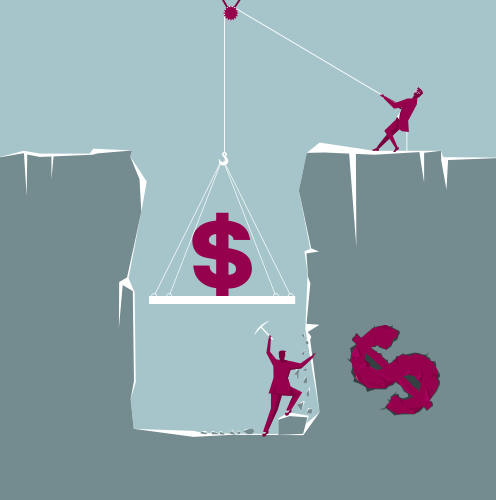 The process wasn’t always so clear in our shop. Years and years ago, when I first joined Keller Bros as a service advisor, there was no process in place at all. It was left to the technician and advisor to hopefully communicate, so that cores were hopefully saved and returned, so that hopefully the store gave us a credit. If we were lucky, at the end of all of that, the bookkeeper might reconcile the credit memos to the monthly statement.

It was haphazard, inconsistent and fundamentally broken, and it meant that we weren’t getting credits and were literally throwing money away every month. This included some really expensive cores – engines and rack and pinions! Literally sent to the dump.

The first step in the process was ensuring that the tech knew about the core, and his responsibility to pull it.

Our solution more than 20 years ago was analog, but effective. When new parts went back to the bay for the repair, they were sent with the repair order that had a red stickies flagging which parts had cores. It didn’t have to say anything more than “CORE CHARGE ON RACK AND PINION” for the tech to know their responsibility.

At the same time, that core return was added to a tracking sheet by the service advisor: which repair order, which part, which supplier, what dollar amount ,which tech.

Those checks and balances were critical for holding the techs accountable for pulling those cores, because it meant we had a way to ensure that they were notified of the core and that the core made its way to our returns shelf. If the tech didn’t pull the core after they were clearly trained and clearly notified, we gave them a choice: dig it out of the dumpster, or pay the shop back.

You’ll notice that the bookkeeper has not figured into any of this process so far, and that’s intentional. Leaving the tracking of what needs to be returned, to whom, and for what repair order is inviting chaos. When we rely on the parts driver to perfectly record which parts they picked up, and assume that the bookkeeper will then be able to turn that into a perfect accounting of what returns are still outstanding, we are inviting shrinkage.

The only people who can accurately reconcile what needs to be returned with what was returned are the people on the front counter who oversee each phase of the return process. The more easily and transparently this process happens, the better you can ensure that parts and core returns make it from the vehicle to the parts store in a way that ensures you get paid.

The other reason why not to use bookkeepers at this stage can be explained through a story that happened right in our shop. Years and years ago, when we had first gotten the return process under control and ensured that we were sending each and every part back, our process was to hand the tracking slips to the bookkeeper to log.

One day, after parting ways with that bookkeeper, while cleaning the office to prepare for a new employee, we pulled the desk away from the wall to find months – at least 4 or 5 months – of parts returns receipts from parts stores that the bookkeeper had hidden behind the desk rather than track. She knew that we weren’t paying attention and took advantage of us.

It took days to dig out from that mess, all because we didn’t have a way to quickly understand the status of all returns in progress. Now we know: every phase of the return has to be transparent, easily reconciled, and monitored. It doesn’t take more than a few minutes per month with the right process in place!

When the return leaves the shop, however, is when it’s most critical that good processes are in place. Because it’s at this point that your tracking spreadsheet does its most important job: making sure that you receive credit memos for all existing returns.

I have no doubt that parts stores are not trying to play games with returns. Every time we’ve had to challenge a vendor on a missing credit, they’ve made it right. But not once has a parts store came to us to let us know they had missed a return and here’s a credit for the part they had missed.

Which is the whole point in this procedure, of course: every person in the chain doesn’t just have to know their responsibility, they also have to be held accountable to fulfilling it through good tracking and measurement.

It’s not enough to ensure that we pulled the part and returned it. The job for the service advisor isn’t over until a credit memo is back for all outstanding returns. Then we can turn it over to the bookkeeper.

That’s because the final leak in the pipeline is ensuring that the credit actually shows up on the monthly statement, by reconciling all credit memos to the statement sent by the vendor.

This process isn’t complex. It doesn’t require sophisticated software or communication. And at the end of the day, many shop management systems can make this process even easier.

But the critical part isn’t the tool. It’s the clear expectations for everyone involved, and the accountability for following the process. If it takes seconds to log a return, but the service advisor doesn’t know it’s their responsibility, the whole process breaks down and the shop loses thousands of dollars each month.

Which is ultimately the big takeaway here: the greatest and most sophisticated tools in the world don’t mean anything if the team isn’t accountable for using them properly, and incentivized to help the shop stay healthy and profitable.

Whether you’re getting returns under control to capture lost money, or trying to capture more profit each month, it starts with transparent measurement, proper procedures, and clear expectations across all areas of the shop.

The more places you can create measurement, accountability, and transparency, the healthier your shop will become!